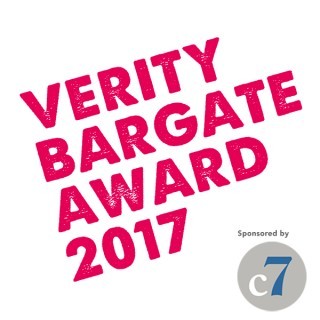 A short extract of the play was performed by Anna Calder-Marshall and Lorna Gale at Soho Theatre as part of the prize giving on Friday 27th October and received a judge’s commendation.  The judges said it had “A beautiful queer heart”

Jennifer is now in conversations around the future life of the piece and we hope to see it on stage next year.

Es and Flo is a love story about women, family and the secrets we keep from those we love in the hope that we are protecting them. Es and Flo are a lesbian couple who met at Greenham and have lived together for 35 years without ever coming out – especially to Es’s son Peter. Now Es’s memory is starting to fail, Flo must make hard decisions if she is to try and keep Es at home with her.